On Tuesday, the famed Science Museum in London announced the opening of a groundbreaking new exhibition that will study how the world might achieve the fastest energy shift in history to combat climate change, with a subsidiary of the Adani Group serving as the title sponsor. Adani Green Energy, India’s biggest solar power producer, is supporting the Adani Green Energy Gallery with title finance. Adani Green Energy intends to be the world’s largest renewable power generating firm by 2030.

The new exhibit, which will open in 2023, was unveiled as participants arrived for British Prime Minister Boris Johnson’s Global Investment Summit, which was held at the museum. “We are thrilled to support the Energy Revolution gallery, which will look at how society can power the future with low-carbon solutions,” said Mr. Gautam Adani, Chairman of Adani Green Energy.

“The Renewable Energy revolution to get to this point has been remarkable. The limitless power of the wind and sun is awe-inspiring, and our ability to harness that power is finally within reach. There is so much to learn from the history of this journey as the world writes a cleaner future and who better than the Science Museum team to depict this inspiration,” Mr. Adani stated further.

The exhibition will look at the most up-to-date climate science, as well as the energy revolution required to reduce global reliance on fossil fuels and meet the Paris targets of limiting global warming to 1.5 degrees Celsius over pre-industrial levels.

The new gallery will show how data visualizations and future forecasts are critical for producing knowledge, informing lifestyle decisions, and sparking creative and innovative solutions.

“Imagining our joint future, as this gallery will encourage,” said Dame Mary Archer, Chair of the Science Museum Group.

“This gallery will take a truly global perspective on the world’s most urgent challenge. We face a grave threat, but the future is not predestined – it is still in our hands if we can build the coalition required for urgent and far-reaching action,” she said.

The gallery will employ a variety of interactive and digital storytelling techniques to showcase the latest research as well as explore past and future energy revolutions, drawing on the Science Museum Group’s collection and loans.

The Adani Green Energy Gallery is being built around four main areas, each of which offers a unique perspective on this century’s defining challenge:

Alternative Futures examines historical examples of individuals imagining other sorts of energy futures – typically in times of crisis – as well as the story of the energy transformations that have changed our planet. Past future visions remind us that our existing energy system was not inevitable – and that a variety of futures were feasible.

Future Planet examines how climate scientists utilize complicated climate models to better understand Earth’s systems, as well as what these models tell us about the size and type of future climate impacts.

Future Energy and Power focus on technologies that have the potential to assist a worldwide shift to a low-carbon future, as well as how local geographical, social, and political factors impact change paths.

Future Living examines how people’s lives are intertwined with energy systems that shape how they live, work, and travel. This section looks at people’s ability to shape their energy future and the possibility of a “just energy transition” that allows poor countries to improve their living standards.

The new gallery will take the place of Atmosphere, which has had over six million visits since its inception a decade ago. 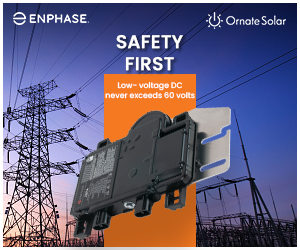